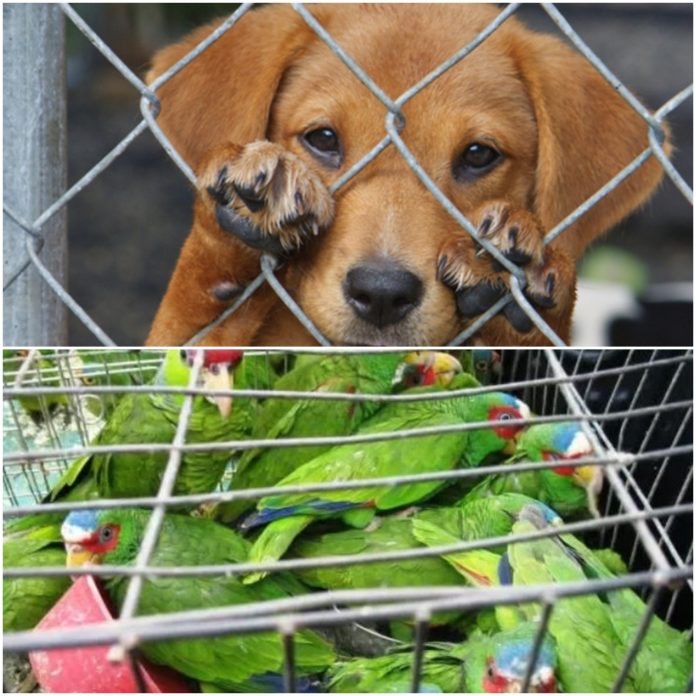 Extremely saddening but not at all startling that animals undoubtedly suffer the most due to human’s irresponsible behavior.

The coronavirus outbreak resulting in a nationwide lockdown has also prompted the pet shops in Bangalore to shut down, often with a menagerie of animals trapped inside.

Bengaluru has about 140 pet shops, out of which 40 are in the east zone alone and many shops have animals locked up inside without food and water.

Shivanand M Dambal, who is a member of the Karnataka State Animal Welfare Board of the Ministry of Animal Husbandry and Representatives of Compassion Unlimited Plus Action (CUPA) and People For Animals (PFA) had a meeting with Dr. Shashi Kumar of the BBMP to discuss measures to address the confined animals in the pet shops.

Dambal said we are getting complaints from several NGOs that the owners of many of these pet shops in Bengaluru have locked up without providing the animals with food and water.

The meeting with Dr Kumar was also attended by animal activist Arun Prasad who cautioned that if immediate action will not be taken, hundreds of these unsold pets confined in pet shops would die.

“This is not just the BBMP‘s responsibility to safeguard these animals, but the responsibility of society. If these animals perished in droves, it will add to the significant health challenges that the city already faces in the form of the coronavirus. Other diseases could come out of it”, Prasad said.

Dambal in the meeting said that the Karnataka Animal Welfare Board will conduct an immediate survey of the 140 pet shops to ensure their activity.

If any person is found to be running an illegal pet shop, that shop will be shut down and animals will be moved out, said Dambal.

Dambal also revealed that almost none of the pet stores had come forward to apply and such shops can now be shut down because they do not possess the required certificates.

The meeting also discussed providing food to urban animals such as stray dogs.

On Sunday, an impromptu inspection was carried out that revealed several pet shops in the area of Shivaji Nagar in Bengaluru had been shut down with an unknown number of animals inside.

The pet shops that are illegal in the city are bound to shut down and all exotic animals domesticated animals found in such shops will be handed over to animal shelters such as those operated by Maneka Gandhi‘s People For Animals (PFA) organization.

The task of providing food to the street dogs at fixed times between 7 TO 9 AM and 4 to 6 PM across Bengaluru in four zones would be carried out assigning three vehicles to accomplish the task by the BBMP, said, Dr Kumar.

What should I do if I witness Cruelty to Animals?