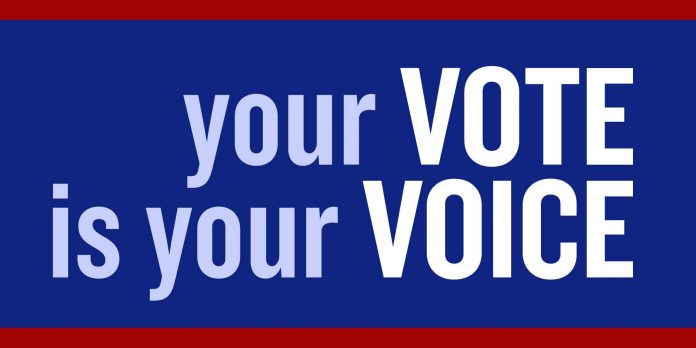 The paper briefs views on elections and politics inheriting criminalization. The misuse of
money power, mafia power, muscle power giving rise to corruption, criminalization, communalism and casteism has been discussed. The inadequate working of the legislature in resolving issues, particularly criminalization in politics fragments the introduction. The paper emphasises on electoral reforms and basics of electoral system i.e. manufacturing of electoral rolls, foolproof voter ID to deal with  rigging and impersonation issues. Transformation such as introduction of electronic voting machines, lowering of voting age has been enumerated. The minimization of possibility of nexus of politicians and government officials in organised crimes has been stated. Powers of Election Commission, issues and challenges before it and methods of free and fair elections, lowering of heavy cost of elections and election campaigns are included. Politicians with criminal charges are named. In the ultimate analysis, the objective of all electoral laws is to provide the Nation with a true and a corruption free representative who provides good governance. A short assessment on the current situation along with  suggestions are described in the end. The purpose basically is to generate a National debate and a discussion agenda through the paper.

Electoral Reforms means enacting fair electoral systems for conducting fair elections. The elections which are held at regular intervals are the most important feature of our democratic structure. Basic to democratic polity is the concept of sovereign powers vesting in “ the people”. It is the citizens who have the sovereign power to elect the government and the government is answerable to the people for their work. Free and fair elections is the utmost requirement of the country but elections are critical to the maintenance and development of democratic tradition because at one level they are influenced by the political culture. India consist of a Parliamentary democracy. Parliamentary democracy implies that the citizens of the country have the sovereign power to elect the representative whose primary duty will be the eradication of problems of social, economic and political agenda but we have a Parliament that does not discuss out issues that require serious attention and debate. Just because we have elections every year does not mean that we have an effective democratic structure and their is no more job to be done. Indian political system has become a hub of crime because of the politicians misusing their offices, money power and hence politics has become like a game in which one is concerned only with his personal profits and losses. The need of the hour is to remove the dreadful things such as mafia power, misuse of money power which wrong use gives rise to corruption, criminalisation, casteism and communalism and “ we the people” of the country should become more responsible for the same.

A general election in India is a gigantic exercise. Elections are the standing pillar of Indian democracy in which the representatives are elected by the people. The formal legal framework for all these elections rest on certain provisions of the Constitution such as the Representation of the People Act 1950, Representation of the people Act 1951,The Presidential and Vice- Presidential Elections Act 1952 and various other rules and regulations under these statutes. In addition to it other acts are framed to provide punishments and disqualification of candidates and members of various houses. The Election Commission is the body which conducts the Elections in India. India has both general and state elections. Both the general and state elections are held according to the rules prescribed by the Election Commission. The Election Commission is independent in its functioning and even the Judiciary has no right to intervene while the electoral process is on. Their are malformations in our electoral systems which have given rise to numerous problems such as criminalisation, corruption, casteism, communalism. Elections which are the most strongest pillar of an efficient legal framework must be free from corruption and criminalisation. Statistically, the number of voters in India is in excess of 600 million (60 crores). Some of the electoral reforms are introduced to eradicate the corruption and criminalisation from the elections such as the Introduction of the electronic voting machine, the reduction of the voting age from 21 years to 18 years. The people of India have also extensively contributed on the need for electoral reforms. Their are significant number of articles by the citizens published in the newspaper and journals creating a sizeable literature on the subject. The Commission proposes to accept the suggestions received from the public.

Elections are the central democratic procedure for selecting and controlling leaders. In India elections are held for electing the President, the Vice President, the Lok Sabha , the Rajya Sabha and the State Legislative Assemblies. For the Local bodies such as the Municipalities, the Municipal Corporations and the Panchayati Raj institutions elections are held from time to time. Elections in India and the elections procedure has become adversely corrupt with the malpractices of the politicians. There are heavy amounts spend on these elections when they are conducted. If one party spends money then the other party spends more money in order to win the elections. The very ancient thought that subsist till today in the minds of our politicians the concept of “Saam-Daam-dand-bhedh” which means anything and everything is fair to win. Whenever required any kind of illegal activity should also be done without any fear because only one thing is important, winning. This thought of politicians gives rise to various kinds of atrocities during the elections such as killings, booth rigging and capturing. Elections symbolize the sovereignty of the people and provide legitimacy to the authority of the government. Thus free and fair elections are indispensable for the success of democracy.

ATROCITIES IN THE ELECTIONS OF INDIA-

The elections in India are subject to various problems. The problems which are generally recognised and debated are as follows-

REDUCTION IN THE EXPENDITURE OF ELECTIONS-

ERADICATION OF CRIMINALISATION OF POLITICS-

Crime and Politics cannot go hand in hand. Politics should be free from all sorts of crimes. For this purpose the major requirement is to stop the selection of the people with criminal background as the representative of the government. In 2003 a Law was introduced to prohibit the election of criminals to the legislative bodies. Also the political leaders already functioning in the government, committing illegal acts must be removed from their posts. For example Mr. Manoj kumar Paras, minister in the state government of Uttar Pradesh is charged with taking part in the gang-rape of a local women but six years since Mr.Paras was charged, his case was neither been prosecuted nor dismissed. This ignorance on the part of the government motivated the politicians to misuse their power further more and exploit the people. Removal of such criminals can only provide a good legal system. The Election Commission has also directed all the political parties that a person with a criminal background will not get the ticket of the party. The candidates are also under an obligation to submit an Affidavit declaring their criminal records, if any, and the same shall be furnished to the public and media.

The elections and the election procedure must be free and fair. There should be no involvement of any kind of malpractices like booth capturing, intimidation on the people to vote for a particular party against their will and thus abusing their fundamental right. No use of mafia or money power should be made. During the elections police protection should be provided for every voter voting.

The Election Commission has not lagged behind in making use of the Scientific and Technological advancements. The introduction the Electronic voting machines is the best examples in this regard. The motive behind its introduction is to reduce the malpractices in the elections and improving the voting process. In 2004 Lok Sabha elections the machines were used all over the country. The major benefits of the machine are saving money, also contributing to the conservation of the environment through saving paper and due to this saving the life’s of the animals especially cows who die mostly on the consumption of plastics in the garbage. Also the counting of votes have become fast and accurate.

It is the responsibility of the Election Commission of India to ensure free and fair elections but to achieve the same it faces numerous issues and challenges. Use of money power by the politicians during elections is a serious issue. The politicians collect money from the corporate and  business houses and use the money to influence the voters to vote in their favour. Bribing, impersonation, distribution of liquor in rural areas to attract the voters is a common strategy of the politicians. Fake scandals and controversies during the elections is another way to attract the attention of the public. Violence during elections such as bomb blasts is another example of mafia power. Consideration of only those members taken into account who are financially strong and can fund and bribe the party with resources in abundance, whether with criminal background does not matter. Speeches given by candidates and political leaders in favour of one religion, sect, community and exploiting the other. For example, Raj Thackeray hatred speech against the non maharashtrians. Repitions and duplications can also be found in electoral rolls. Mismatch of the photographs and identity of the electors are also quite often. Personal allegations against individuals and defamation of one party by the other.

One of the most grave problems in our legal system is the inadequate working of the Legislature who is responsible to make laws and the Executive who execute laws made by the Legislature. Both fail to accomplish their jobs. The entrance of unsatisfactory candidates in the government is the reason behind it. The laws made by the legislature are not executed well because of which the criminals also get access to the highest government offices. The lethargic and inadequate working of the Police is the major drawback of the country. The Police itself is corrupted and involved in criminal activities and still in their term of office. If the protector itself becomes the destroyer then the collapse of the legal system is inevitable. However the changes made by the Election Commission in strengthening the laws have reduced the crimes and made the government work efficiently. But still we need a fundamental political reform and a political system far more transparent and accountable.

What is the new citizenship amendment law and why it erupted protests?

Mental Injury, not a valid ground to terminate pregnancy beyond 20 weeks