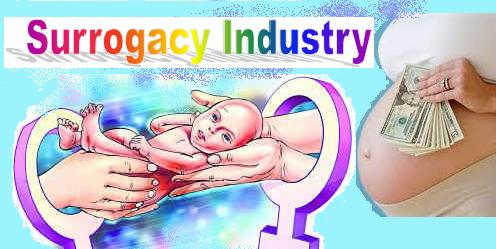 India has been a major hub from the past two decades for especially the foreigners to have a child through surrogacy. The major states in India that are highly involved in rendering services to the foreign couples who are seeking children through surrogacy are Gujrat and kerala with top notch clinics, doctor and middlemen, in the business, to ensure the best services related to surrogacy to the foreign couples or a single parent who are willing to afford and avail these services for approximately 30,000 or more USD.

One of the prime reasons for surrogacy services to bombard in India is poverty, which makes the poor Indian women rent their wombs for some money and other commodities in exchange. The immense growth of surrogacy in India has led to an impeccable growth of several commercial firms and law firms who claim speciality in surrogacy law and guiding and assisting foreign tourist who come in the search of having an Indian mother rent her womb so that they are blessed with a child.

Several foreign companies have paved their way to establishing themselves in India by establishing their own companies to assist people who come from various places round the globe and help finding them a surrogate Indian mother, assist the foreigners in paper work related to surrogacy and even assist the child in acquiring a passport and a visa to depart from the country.

However, all this seems to become history on account of the Indian government not being in harmony with the practice of surrogacy and hence considers it as a commercial act, therefore the Indian Government has proposed a New Bill that bans commercial surrogacy in India even for Indian citizens. The bill hasn’t become a law yet. But when it does, only altruistic surrogacy will be permitted. The law also seeks to bar single parent and homosexuals from availing surrogacy services.

The Indian government seeks to ban surrogacy in India for  a number of reasons, one being, the ulgy side of it that came on the upfront through various cases and  matters that came before the courts. One of the most controversial case in respect of surrogacy that came before the Supreme Court of India was Baby Manji Yamada vs Union of India in which the Supreme Court had to struggle with unintended consequences and another reported in (AIR 2009 SC Page 84), when the Japanese couple who sought to have their child through an Indian surrogate, abandonded their child after its birth as they had separated ways, and the grandmother had to approach the court for granting of the necessary documents needed in order to take the child back home, which was granted.

In another case, the Gujrat High Court had ruled that the birth certificate of the child been born through surrogacy will carry the name of the surrogated mother as against the biological mother and the child would be granted a passport of India which certifies him an Indian citizen and the surrogate mother in turn had to give the child to the German couple in adoption, who had sought the services of an Indian surrogate mother. The Supreme Court is still seized of an appeal against this decision and during its hearing the Supreme Court felt a grave need on the subject which made way for the proposal of the bill in the Parliament.

All these cases have provoked academic interest and has brought the surrogacy ban bill into existence that rules out surrogacy for foreign citizens approaching Indian mothers. The ban is already in place through a letter dated 28th September 2015 from ICMR to all clinics in India that directs them not to assist foreign couples on having a child through an Indian surrogate mother.

The Bill also specifies that only a legally wedded husband and wife who are childless for a span of five years can seek the service of a relative, who must have herself borne a child, only then can she qualify to be a surrogate mother and who is not a foreigner or a non-resident of India. Also Indian couple who already have  a child either naturally or through adoption cannot go in for surrogacy.

Debate on the Bill:

The whole subject is now being intensly debated by the Legal experts who are apprehensive about whether the new Bill when becomes a law, will pass the scrutiny of the courts given the fact that the new law might violate a women’s right to bear a child, which under Article 21 of the Constitution of India is a basic fundamental right.