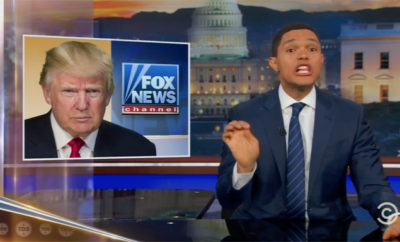 Jennifer Bard, dean of the University of Cincinnati College of Law, has been placed on administrative leave after faculty members discussing a vote of no confidence.

“We have arrived at this point in time after much consideration. This decision is precipitated by a thorough evaluative process that involved in large part the College of Law community. I will work with the dean to develop a thoughtful transition plan in an expeditious timeframe,” Peter E. Landgren, the university’s interim senior vice president for academic affairs and provost, wrote in faculty email posted on TaxProf Blog.

Bard joined the law school as dean in July 2015. A little more than a year later, a group of nine law professors discussed holding a vote of no confidence in Bard, the Cincinnati Business Courier reported.

In December 2016, Landgren wrote a plan to “restore mutual trust and respect,” according to documents obtained by the Courier. The plan also claimed that Bard had acknowledged that there were issues related to her work and “rapport amongst the college’s staff.”
In a statement Bard recently sent the Courier, she wrote that the expectation with her hire was to develop and implement a plan to eliminate the law school’s “very considerable financial deficit.” Neither Bard nor the law school responded to the paper’s request for comment on how much that debt is, according to the article. But Bard reportedly described it as “multi-million dollar” in a March 15 letter to faculty.

In a statement released Thursday, Bard, who is represented by Marjorie Berman, a New York employment lawyer, said that she was surprised the university took this action so soon. According to Bard, there was an agreement to bring in a mediator, who would address the work she was hired to do, coupled with faculty concerns.

“This action was unexpected and raises serious questions about the University’s failure to support the financial goals for which I was hired and the due process to which I am entitled,” the statement read. “I am deeply disappointed that the interim provost chose to close down this process and take this unprecedented action to frustrate the College of Law’s progress.”

Bard’s plans to decrease the deficit included integrating the law library with the university system, as well as pre-written travel approval and receipts for law school faculty, according to the Courier.

“Because UC operated for some time with interim leaders in both the president’s and provost’s office, the disaffected group of tenured law professors worked to exploit this leadership vacuum to preserve the status quo, derail the progress I have achieved and try to push me out of the dean’s position,” Bard wrote in her statement to the Courier.

Bard was the first woman to serve as the law school’s dean, TaxProf Blog reported. A Yale Law School graduate who also has a master’s degree in public health and a PhD in higher education, she previously was a professor and special assistant to the provost at Texas Tech University School of Law, where she directed the JD/MD program.