The Indian government has taken steps to improve the growth of FDI in the country. World class investors from different sectors have utilized the opportunities available in the India retail market by injecting monetary and technical resources into the market.

With a minimum amount of 100 million dollars, an investor can enter the thriving Indian market. The policies made by the government is to the mutual benefit of the Indian populace and the Investor. Such a policy is that stores can only be sited at locations with a minimum of 1 million residents. The state government in such locations must approve before such a business is sited.

The International Monetary Fund (IMF) classifies Foreign Direct Investment (FDI) as one that is made to generate lasting interest in the business that is established outside the investor’s economy.

It should be noted that FDI is different from portfolio investments which is based on the purchase of equities of foreign companies.

From 2014 to 2015, the US, Mauritius, Netherlands, Japan, and Singapore have been the greatest investors in Indian economy. The make in India policy launched in 2014 outlined 25 sectors that will witness a rejuvenating FDI. Here are the major sectors for FDI.

Foreign Direct Investment can be practiced in many ways which include the establishment of a subsidiary company in each country and getting a controlling share in a foreign company.

Another way of initiating foreign direct investment is by means of a joint venture or merger with a foreign company.

A controlling interest in FDI can be established with a minimum of 10 percent ownership shares in a foreign company. However, this can be altered by the existing laws of the company.

Conglomerate:  when an investor makes a foreign direct investment in a company that is different from his existing business in the home country, it is called a conglomerate. The best way to approach a conglomerate is by entering into a joint venture with the foreign company because the investor may not have any experience on the proposed line of business.

WHY DOES INDIA ATTRACT A GREAT SHARE IN THE WORLD’S FOREIGN DIRECT INVESTMENTS?

As opportunities abound, India has the largest young population in the world and must attract investors around the world through her favorable policy and commitment to job creation and sustainability. The investors are attracted based on the following reasons.

ADVANTAGES OF FDI IN INDIA

India has become the most conducive and favorable hub for Foreign Direct Investment. It is expected that FDI impact on the market may double its present mark by the year 2021. The foreign investors have shown much interest in the present government’s ‘make in India initiative’. More should be done especially in infrastructure and other sectors so investors can be encouraged to invest into the Indian economy.

The terms of the government’s policies on FDI must be clarified to the investors to the greater extent. The approval route is only kept in critical sectors only while others have been liberalized for investments in the automatic routes. The compliance processes have been automated to reduce government’s unnecessary interventions and delay. 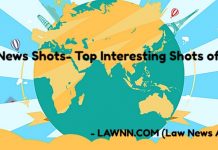