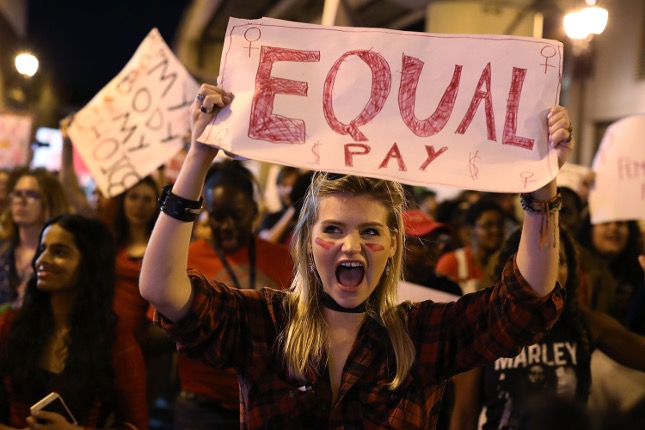 Iceland’s parliament is examining a bill that would require companies to prove they offer equal pay to employees.

The law, which is set to become a world first, aims to close the wage gap between men and women.

Companies face auditing and possible fines if they do not comply.

However, according to Iceland’s statistics for the same year, the unadjusted gender pay gap remained at 17%.

The bill, which was presented on Tuesday, is supported by the centre-right coalition government and the opposition.

“The bill entails that companies and institutions of a certain size, 25 or more employees, undertake a certification of their equal-pay programmes,” Thorsteinn Viglundsson, the minister of social affairs and equality, told news agency AFP.

The bill will now be subject to a series of debates, and if it passes, it will take effect from January 2018.

In Iceland’s parliament, nearly 50% of lawmakers are women, and a voluntary measure for equal pay across the country was introduced in 2012.

However, many still do not think enough is being done.

In October, thousands of women left work early and headed out on to the streets of the capital, Reykjavik, to protest against earning less than men.

It echoed the 1975 Icelandic women’s strike, when women did not go to their paid jobs, or do any housework or child-rearing at home for one day.