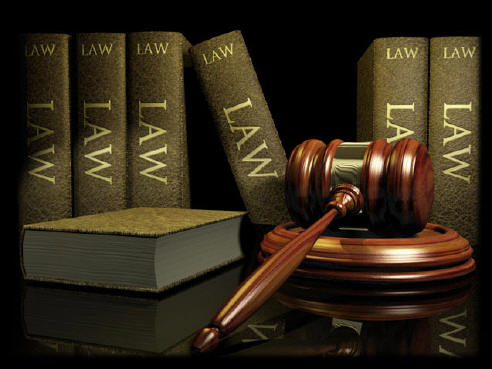 ADMISSIONS:- S.17-Admission Defined-An admission is a statement, oral or documentary,

documentary, which suggests any inference as to any fact in issue or

relevant fact, and which is made by any of the persons, and under the

Admission-by party to proceeding or his agent; by suitor in representative character;

by person from whom interest derived.

S.18 Admission by party to proceeding or his agent.-Statements

made by a party to the proceeding, or by an agent to any such party,

whom the Court regards, under the circumstances of the case, as

expressly or impliedly authorized by him to make them, are admissions.

by suitor in representative character-Statements made by parties to

suits suing or sued in a representative character, are not admissions,

unless they were made while the party making them held that character.

(1) persons who have any proprietary or pecuniary interest in the

subject-matter of the proceeding, and who make the statement

by person from whom interest derived.

interest in the subject-matter of the suit,

are admissions, if they are made during the continuance of the

interest of the persons making the statements.

Admissions by persons whose position must be proved as against party to suit.

S.19 Admissions by persons whose position must be proved as

against party to suit.-Statements made by persons whose position or

liability it is necessary to prove as against any party to the suit,

are admissions, if such statements would be relevant as against such

or against them, and if they are made whilst the person making them

occupies such position or is subject to such liability.

A undertakes to collect rents for B.

B sues A for not collecting rent due from C to B.

A denies that rent was due from C to B.

A statement by C that he owed B rent is an admission, and is a

relevant fact as against A, if A denies that C did owe rent to B.

S.20 Admissions by persons expressly referred to by party to suit.-

referred for information in reference to a matter in dispute are

The question is, whether a horse sold by A to B is sound.

Proof of admissions against persons making them, and by or on their behalf-

S.21 Proof of admissions against persons making them, and by or on

their behalf.-Admissions are relevant and may be proved as against the

person who makes them, or his representative in interest; but they

his representative in interest, except in the following cases:-

making it, when it is of such a nature that, if the

person making it were dead, it would be relevant as

between third persons under section 32.

making it, when it consists of a statement of the

of any state of mind or body, relevant or in issue,

body existed, and is accompanied by conduct rendering

making it, if it is relevant otherwise than as an admission.

(a) The question between A and B is, whether a certain deed is or is not forged. A affirms that it is genuine, B that it is forged.

A may prove a statement by B that the deed is genuine, and B may

prove a statement by A that deed is forged; but A cannot prove a

statement by himself that the deed is genuine, nor can B prove a

statement by himself that the deed is forged.

(b) A, the captain of a ship, is tried for casting her away.

Evidence is given to show that the ship was taken out of her proper course.

business showing observations alleged to have been taken by him from

day to day, and indicating that the ship was not taken out of her

proper course. A may prove these statements, because they would be

admissible between third parties, if he were dead, under section 32, clause (2).

(c) A is accused of a crime committed by him at Calcutta.

that day, and bearing the Lahore post-mark of that day.

The statement in the date of the letter is admissible, because,

if A were dead, it would be admissible under section 32, clause (2).

(d) A is accused of receiving stolen goods knowing them to be stolen.

He offers to prove that he refused to sell them below their value.

A may prove these statements, though they are admissions, because

they are explanatory of conduct influenced by facts in issue.

(e) A is accused of fraudulently having in his possession

counterfeit coin which he knew to be counterfeit.

coin as he doubted whether it was counterfeit or not, and that that

person did examine it and told him it was genuine.

A may prove these facts for the reasons stated in the last preceding illustration.

S.22When oral admissions as to contents of documents are relevant.

S.22 When oral admissions as to contents of documents are

relevant.-Oral admissions as to the contents of a document are not

relevant, unless and until the party proposing to prove them shows

that he is entitled to give secondary evidence of the contents of such document under the rules hereinafter contained, or unless the

genuineness of a document produced is in question.

S.23Admissions in civil cases when relevant.

admission is relevant, if it is made either upon an express condition

that evidence of it is not to be given, or under circumstances from

which the Court can infer that the parties agreed together that

evidence of it should not be given.

Amendment to the Indian Constitution And Fundamental Rights-How its Done?

Essentials of a Valid Christian Marriage, Rules and procedure for its solemnization

What are the Grounds for Divorce under the Special Marriage Act, 1954?

Judicial Control of Administrative Actions through Writs- The Role of Writs