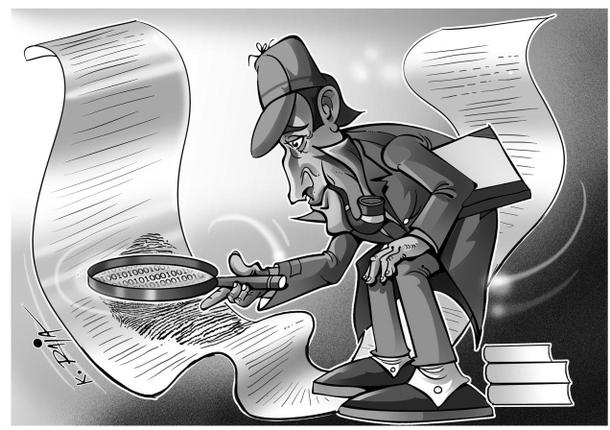 The Indian Evidence Act is a subject which cannot be understood without understanding these important features which forms the basis of the Law of Evidence. For good Lawyering skills and hands on the subject these features are a must on tips.

These important features are-

These are explained in detail below-

Court includes all Judges and Magistrates, and all persons except Arbitrators, legally authorized to take evidence.

A Court is a governmental institution with the authority to decide legal disputes between the parties. All kinds of persons are free to bring their disputes to the court and seek a fair judgement.

A Court is constituted by a minimum of three parties-

Besides this Advocates of both the parties.

The term ‘’fact’’ means and includes-

A fact is said to be relevant to another when one fact is connected with the other fact in any ways referred to in the provisions of this act in the chapter of relevancy of facts.

Relevant fact-The word ‘relevant’ means that any two facts to which it is applied are in such a way related to each other that, one, either taken by itself or in connection with the other facts, proves or renders probability of the past, present or future existence or non-existence of the other. ‘Relevant’ means admissible in evidence.

Of all the rules in evidence the most important is that the evidence adduced should be confined only to the matters which are in dispute, or which form the subject of investigation.

The expression ‘fact in issue’ means and includes-

Any fact from which, either by itself or in connection with other facts, the existence, non-existence, nature or extent of any right, liability, or disability, asserted or denied in any suit or proceeding, necessarily follows.

A is accused for the murder of B.

The term ‘’document’’ means any matter expressed or described upon any substance by means of letters, figures or marks, or by more the one of those means, intended to be used, or which may be used, for the purpose of recording that matter.

The term document includes all material substances on which thoughts of the people are expressed by writing or in any other way, by a mark or a symbol.

For instance, the wooden board on which the bakers, the milk men, indicate by notches, the number of loaves of bread or leters of milk supplied to the customers, are documents.

The term Evidence covers (a) the evidence of witnesses, and (b)

Evidence can both be oral and documentary and electronic records can be produced as evidence.

The word ‘evidence’ does not includes everything that is before a Court. There are other medium of proof as well. For eg-

A fact is said to be proved when after considering the matters before it, the Court either belives it to exist or considers its existence so probable that a prudent man ought ,under the circumstances of the particular case, to act upon the supposition that it exists.

In civil proceedings proving beyond reasonable doubt is not necessary, only balancing of possibilities and probabilities is sufficient. The meaning of proved means positive findings.

Disproved is contrary to proved.It also means negative findings.In disproved the existence of such fact is not proved but its non-existence is proved.

A fact is said not to be proved when it is neither proved nor disapproved. There is no positive or negative findings. It is a situation where the parties fail to explain precisley, how the matter stands.

An affidavit is a written statement made voulantarily made by an affiant or deponent under an oath administered by a person who is legally authorized to do so. Affidavits are confiened only to those facts which the deponent is able of his own knowledge to prove. An affidavit filed by a party cannot be termed as evidence. Affidavits cannot be used in evidence. It can only be used if the Court permits to be used for sufficient reasons.

A motive in law is the cause that moves the people to commit a certain act. The motive is a very essential factor to be seen behind every act, specially a criminal act committed. It can be explained with the help of an example-

If the prosecution is able to prove the motive, then the Court has to consider it and see whether it is adequate or not. Where there is a direct evidence, the evidence of motive is not of much significance.

It is one of the well established fact in law that the witness may lie but the circumstances never lie. It is not necessary that a direct ocular evidence is needed to prove that a person was behind the crime. The guilt of a person can also be proved by circumstantial evidence.

For conviction in the case of circumstantial evidence the following conditions must be accomplished. They are-

The term ‘’may presume’’ means that the Court has the authority to presume the fact as proved,or to call upon for a confimatory evidence, as the circumstances require. In such a case the presumption is not a hard and fast presumption,incapable of rebuttal. Such presumptions in law are called as ‘juris et de jury’.

The Court may presume a fact or regard such fact as proved, unless it is disapproved, or it may ask for its proof.

When a Court presumes a certain fact it has no other option except considering the fact as proved unless an evidence is given to disprove that fact. The party interested in disproving that fact can produce an evidence if he can.In such a case the Court will have the power to allow the opposite party to disapprove the fact which is presumed as proved and if the opposite party is successful in disproving the fact then the Court shall not presume the fact.

The words ‘’shall presume’’ indicates that presumption therin is unrebuttable.

When one fact is declared by this act to be conclusive proof of another, the Court shall, on proof of the one fact, regard the other as proved, and shall not allow evidence to be given for the purpose of disapproving it.

Amendment to the Indian Constitution And Fundamental Rights-How its Done?

Essentials of a Valid Christian Marriage, Rules and procedure for its solemnization

What are the Grounds for Divorce under the Special Marriage Act, 1954?

Judicial Control of Administrative Actions through Writs- The Role of Writs