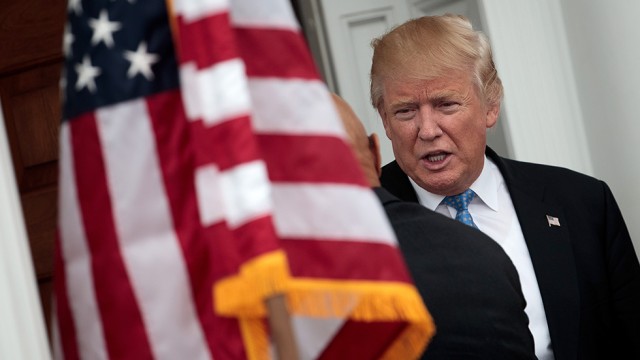 President Trump has repeatedly threatened to change U.S. libel law to crack down on news organizations that publish information he finds objectionable. But could he actually make good on his threat?

“First, there is no federal libel law to amend,” Abrams told Poynter. “Libel law is state law — 50 of them — not federal, so there’s nothing for Congress to ‘change.’ Second — perhaps first — the First Amendment bars the very sort of changes in libel law that the President would like. For the past 53 years, the Supreme Court has made plain that a public official such as the President must not only prove that what was said about him was false but that it was uttered with actual knowledge or suspicion of its falsity — an extremely protective shield for the press.”

While President Trump may enjoy “yanking the chain of the Times,” he must know that he won’t make any changes to make libel easier to prove, said Frank LoMonte, incoming director of the Joseph L. Brechner Center for Freedom of Information at the University of Florida. He’s been the beneficiary of pro-publisher libel laws as a defendant, and he’s surrounded by aides who’ve worked in the publishing and filmmaking industries.

“Libel is a creature of state law, and Congress and the White House have very little to say about it, with the possible exception of making it harder or easier for non-U.S. plaintiffs to recover overseas judgments against U.S.-based publishers,” LoMonte said. “But I doubt the Trump administration is interested in facilitating the transfer of wealth from U.S. businesses overseas.”

Just because President Trump can’t change libel law directly, doesn’t mean he can’t use the law to punish journalists. He could crack down on whistleblowers and leakers and hold journalists in contempt of court for refusing to divulge their sources. The Espionage Act gives the federal government the power to bring cases against those whom it deems inappropriately divulged national security information, which could include journalists.

But that’s a far cry from amending U.S. law. Kevin Goldberg, a First Amendment attorney at Fletcher, Heald & Hildreth, said President Trump’s tweet is “all a show on his part for his base.”

“…If there is any likely change to libel-related laws as a result of Donald Trump the individual or Donald Trump the government official, it is likely to come in the form of increased protection for libel defendants who face a potential increase in frivolous lawsuits of the type he has filed (and lost) in the past,” Goldberg said.