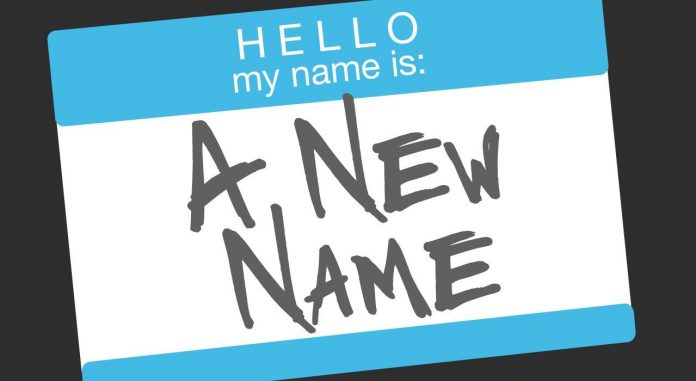 WHAT DOES A NAME CHANGE REFERS TO?

A name change refers to the legal process of changing one’s name, which will be different from the person’s birth, marriage or adoption name. It is important to note that a name change has legal effect, and once a person undergoes a name change, the new name becomes that person’s legal and only name. A person should carefully consider what the name change is going to be before opting for a name change in India and not wanting.

HOW IS A NAME CHANGE POSSIBLE IN INDIA? (THE PROCEDURE)

There are three critical and mandatory steps involved in the procedure of changing your name in India, which are:

An individual who’s seeking to change his/her name will be required to submit  an affidavit for changing their name (deed poll affidavit) on a stamp paper which has to be attested by a notary. In the name change affidavit, the following must be mentioned by the applicant:

This affidavit serves as an important and legal document for all future references, filings and legal formalities.

After obtaining the name change affidavit, the next step is to publish a notification or advertisement of a name change in at least 2 local newspapers (one English newspaper and one regional newspaper published in the official language of the State).

The prime details to be included in the newspaper publication are – new name, old name and residential address. These copies of newspapers (with the name change published) should be securely and safely held by you for future reference and use.

WHY IS IT IMPORTANT TO COMPLY WITH ALL THE LEGAL FORMALITIES IN A NAME CHNAGE PROCEDURE?

When technology has been incorporated into so many facets of our everyday life, especially for proof of identity, it is important to note that any change in a person’s identity should be legally done.

Our names are furnished on several important documents, such as PAN, Bank accounts, marksheet, Aadhaar card, birth certificate and so on, of record that serve the purpose of identity verification. Before making any change to these records with respect to name change, it is essential that your identity is legally verified and changed by a party or office appointed by the Center/State.

People who resort to identity theft, credit-card fraud, illegal signatures, spies or terrorists, credit evasion etc. would use the guise of a different name to conduct their criminal associations.

A name change should thus be done legally to certify that the new name of an individual is their permanent name stored on record for all purposes. The process of doing it legally ensures accountability and transparency for your identification or verification.

The services required for a name change, though tedious, does not require a lawyer to process and execute the same. You can avail of a name change service on your own.

The process of name change is the easiest during marriage or divorce in India. Under the Family Courts Act, 1988, if a woman has chosen to not adopt her husband’s name after marriage, then divorce proceedings can be initiated in her maiden name or any other name that has been adopted and notified in the official gazette.

On the other hand, even after divorce, if any party desires to continue with their married name/s, there is no restriction on that either, unless one partner does so with an intention to defraud the other partner.

As an Indian citizen, if you make an application for any document or Public Service, the same will be approved and granted with your new name as your official name on that document. The same may not be the case if you opt for the incomplete or incorrect procedure for a change in name.

Any person who does not have his name changed officially, may be rejected due to improper proof of identity by some Government Offices, Public Sector Banks, UIDAI, etc.

When the process of name change happens via the official route, it serves as a permanent authentic record for anyone to access or view. Thus, it becomes easy to verify an individual’s name change. The official name change route also makes it less problematic later on to get documents, to pay taxes, etc.

Once you have changed your name, you may want to update your other important records of identification such as Aadhaar, PAN, Bank Account number, Employment ID, etc. with your new identification.

For these records to get updated, you must follow the official name change process stipulated, or else, the name change won’t be approved and processed by any of the concerned authorities.

DRAWBACKS OF NAME CHANGE WITHOUT COMPLYING WITH THE LEGAL PROCEDURE:

If a person opts to change his/her name, but does so inefficiently or not through the properly prescribed channels, then some records may not get updated with their new name because certain government offices, PSU’s and banks require an Official name change via the stipulated process as notified from time to time.

If a name change isn’t done legally, then you will find it really difficult to change your name on other important documents which will lead to inaccessibility of records.

A person might be liable to commit fraud by not changing their name legally because a person may change their name with the intention to evade an existing loan or creditor.

A person might also change their name illegally with the intention to avail something by committing fraud and later reverting back to their original name. Something similar to that of a ghost identity which comes under ghosting.

The purchase and sale of property is a hassle in India considering the number of cases where especially buyers are duped because of identity-related issues. In order to avoid such complications while purchasing a property, it’s always better to get your name changed officially.

Even if you leave a property in the name of your wife and she adopts the husband’s name after marriage, or vice-versa, and her name change wasn’t done legally, then the entitled party may not be able to inherit such property or real-estate.

Let’s say Mr. Z has changed his name to Mr. A, but he hasn’t done so legally. Now, Mr. A (in his new name) borrows money from Mrs. B (or a bank) and to do so, he must be able to prove his identity for verification and security purposes.

If he transacts using his new name, his loan will be rejected and creditworthiness will decline because some parties might not believe Mr. A to be Mr. Z’s true identity.

A person may not be able to get his or her payments (from salary or otherwise) or pay taxes because of an illegal change in name. Access to bank accounts will be limited or restricted and to change company records will be a hassle when changing your name inefficiently or illegally.

As mentioned earlier, Gazette publication isn’t a compulsion, but it is recommended for non-government employees as well. Gazette publication of name change is essential in KYC forms and so on. It is important to note that a Central Gazette notification is preferred over a State Gazette notification because the former has a uniform application procedure and holds a better recognition across India.

State Gazettes have variations in their application and publication of name changes, and few States only publish the notifications of Public Sector employees. In such cases, private employees that require a name change are given an endorsement stating their non-publishing in State Gazette. These endorsements are sometimes denied service or validation because some Government offices or agencies may not accept the same for making changes in a person’s name.

The Central Gazette is published online and can be viewed at egazette.nic.in,  and the Gazette notification process should also be digitized because it still takes two months at least for a notification to get published. Backlogs and manual processing are also the reasons responsible for the lengthy duration it takes to get a notification published.

Changing one’s name is a long and tedious process and has certain legal obligations that need to be followed. The primary reason for the requirements that entail the process of a name change is to ensure that when you change your name, you do so with bonafide intentions, and you are not likely to cause any misrepresentation or fraud before other parties or authorities.

The procedure for Gazette notification is riddled with obscurities for most people and the main cause for this may be attributed to the complex steps involved in getting a simple name change published in the Gazette of India. But, irrespective of the process itself (which sometimes takes up to two months), the pro’s outweigh the con’s when it comes to taking the official route for a name change in its entirety.

The process also requires some amount of legwork to get things in place, like the affidavit and documents that need to be drafted, then printed on  stamp paper and so forth. Some of the disadvantages associated with the name change process in India is finding stamp vendors, drafting the affidavit and deciding the content of the affidavit