Section 375 of Indian Penal Code under family Law defines rape as a criminal offence wherein a male  makes sexual intercourse/contact with a female forcibly without the consent of female or will be enforcing pressure, threats, violence, abuses, molestation, etc… Irrespective of attaining the age of majors or being in the minors, a rape is termed as a criminal offence in the eyes of law.

Marital rape or rape in marriage or Spousal  Rape refers to unwanted and non-consent sexual intercourse by a man with his wife wherein the man dominates, pressurizes and threatens his wife subjecting with the physical violence, force, fear generations, etc… Marital rape is a non consensual act of violent perversion undertaken by a husband against his spouse. 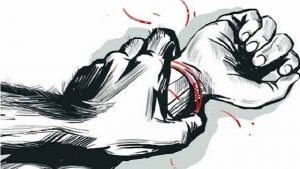 Legal Position Of Marital Law under the Indian law

In case the police fail to file a report against marital rape, one can readily seek help from a Family lawyer or Litigation Lawyer or legal consultant in order to strengthen ones case. Moreover, apart from this, one can readily take online legal help in case you prefer to maintain anonymity. With a strong legal network/PAN India, women can seek redressal mechanism in any part of India irrespective of being in Delhi, Mumbai, Chennai, Bangalore, Hyderabad, Pune, Goa, Kolkata, Ahemdabad, Gurgaon, Noida, etc…