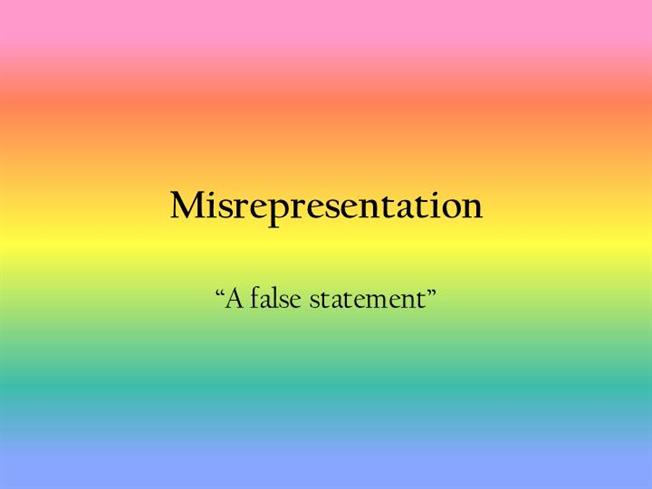 Section 18 of The Indian Contract Act, 1872 defines and explains the term Misrepresentation.

(1) the positive assertion, in a way or manner not warranted by the information of the person who’s making it, of that which is not true, though that person believes it to be true

(3) causing, however innocently, a party or person to an agreement, to make a mistake as to the substance of the thing which is the subject matter of the said agreement