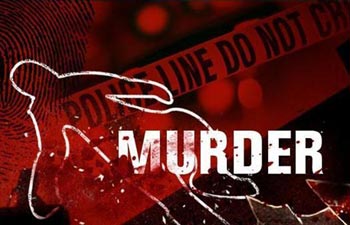 Except in the case hereinafter expected, Culpable Homicide is Murder, if the act by which the death is caused is done with the intention of causing the death of the person, or-

Secondly- If it is done with the intention of causing such type of bodily injury as the offender knows to be likely to cause the death of the person to whom the harm of such injury is caused, or-

Thirdly-  If it is done with the intention of causing bodily injury to any person and the bodily injury intended to be inflicted is sufficient in the ordinary course of nature to cause death, or-

Fourthly-  If the person committing the act knows that it is so imminently dangerous that it must, in all probability, cause the death or such bodily injury as is likely to cause death, and commits such act without any excuse for incurring the risk of causing death or such injury as aforesaid.

Exception-1- When Culpable homicide is not a murder-

The above exception is subject to the following provisos-

First- That the provocation is not sought or voluntarily provoked by the offender as an excuse for killing. or doing harm to any person.

Secondly- That the provocation is not given by anything done in obedience to the law, or by a public servant in the lawful exercise of the powers of such public servant.

Thirdly- That the provocation is not given by anything done in the lawful exercise of the right of private defense.

Culpable homicide is not murder if the offender, in the exercise of good faith of the right of private defense of a person or property, exceeds the power given to him by law and causes the death of that person against whom he is exercising such right of defense without premeditation, and without any intention of doing more harm than is necessary for the purpose of such defense.

Z attempts to horsewhip A, not in such a manner as to cause grievous hurt to A. A draws out a pistol. Z persists in the assault. A believing in good faith that he can by no other means prevent himself from being horsewhipped, shoots Z dead. A has not committed murder, but only culpable homicide.

Culpable homicide is not murder if the offender, being a public servant or aiding. a public servant acting for the advancement of public justice, exceeds the powers given to him by law, and causes death by doing an act which he, in good faith, believes to be lawful and necessary for the due discharge of his duty as such public servant and without ill-will towards the person whose death is caused.

Culpable homicide is not murder if it is committed without premeditation in a sudden fight in the heat of passion upon a sudden quarrel and without the offender having taken undue advantage or acted in a cruel or unusual manner.

Explanation- It is immaterial in such cases which party offers the provocation or commits the first assault.

Culpable homicide is not murder when the person whose death is caused, being above the age of eighteen years, suffers death or takes the risk of death with his own consent.

A, by instigation, voluntarily causes, Z, a person under eighteen years of age to commit suicide. Here, on account of Z’s youth, he was incapable of giving consent to his own death; A has therefore abetted murder.

A Person guilty with the crime of Murder shall be punished with death or imprisonment for life and shall also be liable to fine.