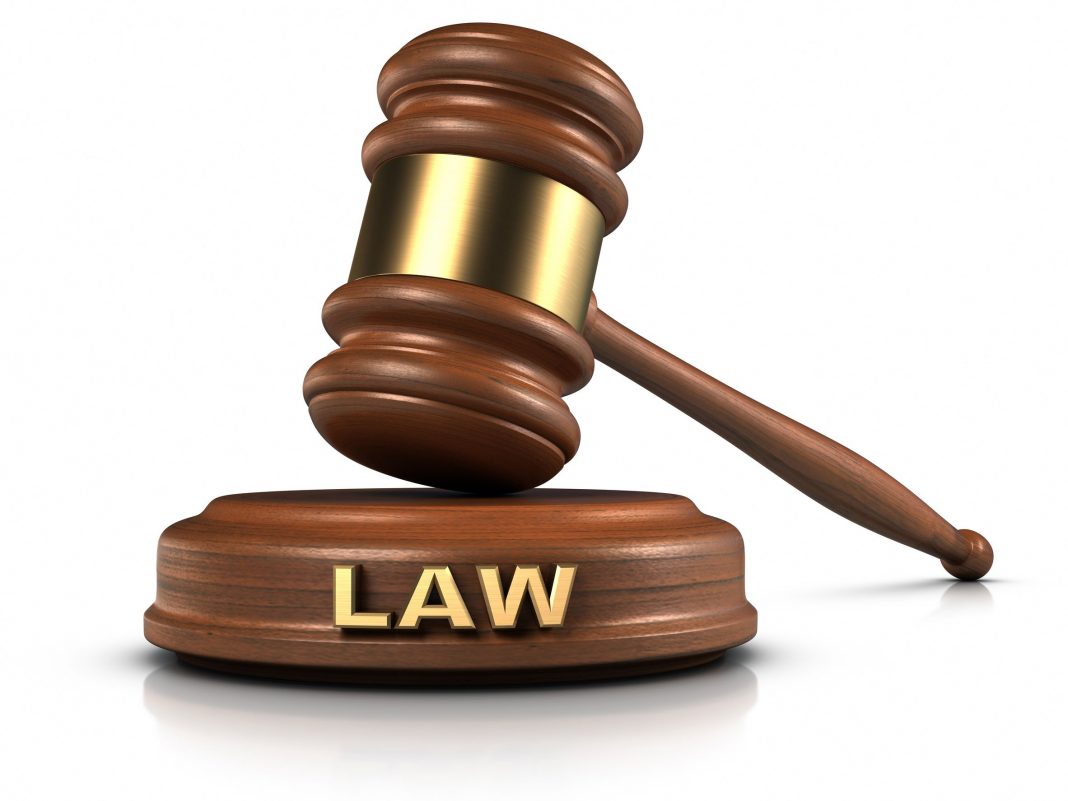 Directions have been given by the Central Board of Direct Taxes (CBDT) to all the TDS assessing officers to dispose of the applications through...
Read more
Lawyers

The Supreme Court Bar Association (SCBA) has decided to grant loans up to Rs 25, 000 to the lawyers who are in need of...
Read more

The latest judgement that has come to the line is Ramakant Dwivedi Vs. Rafiq Ahmad and ORS/ the corams of this judgement are Anil R. Dave and Adarsh Kumar Goel. The date of the judgement was 4 january 2016.

Leave granted. This appeal has been preferred against order dated 18th June, 2015 passed by the High Court of Judicature at Allahabad in PIL No.35233 of 2015 granting an interim order against excavation of minor minerals by the appellant in respect of lease executed in his favour on 17th October, 2013. In the impugned order, the High Court observed that lease granted to the appellant was in violation of its judgments dated 29th January, 2013 in Nar Narain Mishra versus The State of U.P.[1] and dated 12th September, 2014 Sukhan Singh versus State of U.P.[2]. In Nar Narain Mishra, the operative part of the High Court order is as follows : “In the result, all the writ petitions are disposed with the following directions :

The Government Order dated 26/7/2012 and all consequent steps taken thereunder are quashed.

Notices issued by the District Magistrate inviting applications by E- tendering consequent to the Government Order dated 31/5/2012, cannot be allowed to be finalized and are quashed with liberty to the respondents to issue fresh notice in accordance with law. Parties shall bear their own costs.”

According to the appellant, on 27th April, 2013, the pre-existing lease in his favour which expired on 18th November, 2010, was renewed for further period of three years upto 26th April, 2016. Approval was granted on 14th March, 2011 and environmental clearance was granted on 21st September, 2012. It is submitted that order of the Government dated 31st May, 2012 was not applicable and was later withdrawn on 22nd October, 2014 and thus, the lease was valid. This submission though also supported by the State, cannot be accepted. The High Court has rightly held that the renewal was in pursuance of the Government Order dated 26th February, 2013 which itself was in conflict with the order of the High Court in Nar Narain Mishra (supra) as reiterated in Sukhan Singh (supra). In view of order of the High Court dated 29th January, 2013 in Nar Narain Mishra (supra) all pending applications as on 31st May, 2012 stood rejected. In the case of the appellant, environmental clearance was granted on 21st September, 2012 and renewal was granted on 27th April, 2013. Orders of the High Court in Nar Narain Mishra and Sukhan Singh (supra) which are not under challenge clearly debarred the grant of lease under Chapter II after 31st May, 2012. This aspect has been dealt with in greater detail in Civil Appeal Nos.4845-4846 of 2015 titled Sulekhan Singh & Co. versus State of U.P. with which the present appeal was tagged, which is being separately decided today. Stand of the State, to the contrary, can also not be appreciated. Reference may be made to the finding recorded by the High Court in the impugned order: “A Division Bench in the case of Nar Narain Mishra v. State of U.P. and others reported in 2013 (2) ADJ 166, after interpreting the Government Order dated 31.5.2012 recorded as principle of law, that once notification has been published by the State Government in exercise of powers under Rule 23 of the Rules 1963, for vacant areas being available for grant of leases under Chapter IV of Rules, 1963, no grant/renewal on the pending applications can be made, after 31.5.2012. The State was not satisfied with the legal position so explained. It came out with a Government Order dated 26.2.2013, which provided that pending applications, for renewal/grant in respect of which orders of approval have already been made by the State Government or by the competent authority shall not be controlled by the judgment in the case of Nar Narain Mishra (Supra) such cases may be processed further.

This Government Order dated 26.2.2013 came up for consideration before another Division Bench of this Court in the case of Sukkhan Singh v. State of U.P. and others reported in 2014 (11) ADJ 89. The Division Bench has held that the Government Order dated 26.2.2013 cannot deviate from the legal position, as has been explained in the case of Nar Narain Mishra (Supra).

It, therefore, follows that no application which was pending on 31.5.2012 can be proceeded with for grant/renewal of lease under Chapter II/VI of the Minor Minerals Concession Rules, 1963 after 31.5.2012. The grant, if any, after 31.5.2012 can only be made under Chapter IV of the Rules of 1963 Le. by e-auction or tendering. The State and its Officers have shown little or no respect to the orders of this Court.

Prima facie, we find no substance in the contention raised. In our opinion, once a notification dated 31.5.2012 had been issued declaring that all the vacant areas are available for grant of lease only under Chapter IV, no lease subsequent thereto under Chapter VI could be executed. The area remains vacant till the execution of the lease deed. The Execution of the lease in the facts of the case has taken place after 31.5.2012. Mere grant/approval in our opinion will not alter the legal position.

The concern of the Court is both, in respect of best use of natural resources by the State as well as for avoiding the degradation of environment, especially near the river beds.”

“132. ……Minerals—like rivers and forests—are a valuable natural resource. Minerals constitute our national wealth and are vital raw material for infrastructure, capital goods and basic industries. The conservation, preservation and intelligent utilisation of minerals is not only the need of the day but is also very important in the interest of mankind and succeeding generations. Management of minerals should be in a way that helps in the country’s economic development and which also leaves for future generations to conserve and develop the natural resources of the nation in the best possible way. For the proper development of economy and industry, the exploitation of natural resources cannot be permitted indiscriminately; rather the nation’s natural wealth has to be used judiciously so that it may not be exhausted within a few years.

133.…………..No person has any fundamental right to claim that he should be granted mining lease or prospecting licence or permitted reconnaissance operation in any land belonging to the Government. It is apt to quote the following statement of O. Chinnappa Reddy, J. in Hind Stone (SCC p. 213, para 6) albeit in the context of minor mineral,

“6. … The public interest which induced Parliament to make the declaration contained in Section 2 … has naturally to be the paramount consideration in all matters concerning the regulation of mines and the development of minerals”.

“182.7. The doctrine of promissory estoppel cannot be invoked in abstract. When it is sought to be invoked, the court must consider all aspects including the result sought to be achieved and the public good at large. The fundamental principle of equity must forever be present to the mind of the court. Absence of it must not hold the Government or the public authority to its promise, assurance or representation.”

188.3 Where the decision of an authority is founded in public interest as per executive policy or law, the court would be reluctant to interfere with such decision by invoking the doctrine of legitimate expectation. The legitimate expectation doctrine cannot be invoked to fetter changes in administrative policy if it is in the public interest to do so.”

About a span of five years of prolonged campaign by parent support group TogetherWeCan which has been advocating for close monitoring and supervision of...
Read more
Judgement

Finally, the Supreme Court has delivered its verdict in the Ram Janmabhoomi-Babri Masjid issue, one of the longest-running disputes in India. The 2. 77-acre land...
Read more

Directions have been given by the Central Board of Direct Taxes (CBDT) to all the TDS assessing officers to dispose of the applications through...
Read more
Lawyers

The Supreme Court Bar Association (SCBA) has decided to grant loans up to Rs 25, 000 to the lawyers who are in need of...
Read more
Today's News

Ludhiana: The new online system allows lawyers to file a bail application. According to the District Bar Association (DBA), the lawyer got bails and...
Read more

Directions have been given by the Central Board of Direct Taxes (CBDT) to all the TDS assessing officers to dispose of the applications through...
Read more
This website uses cookies to improve your experience. We'll assume you're ok with this, but you can opt-out if you wish. Cookie settingsACCEPT
Privacy & Cookies Policy