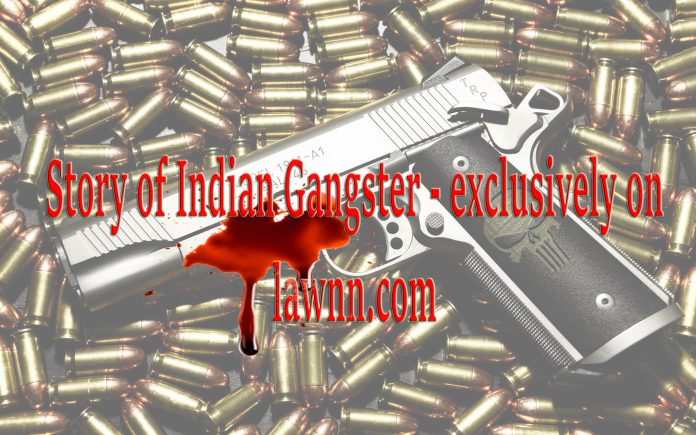 The word “gangstar” has been associated with India since the second half of the last century. Mumbai has seen the prominent presence and activities if those mafia. There are many names which creates fear when remembered. From Industry to Politics, entertainment to sports everywhere the presence of them is highly notice. Interestingly some of these gangsters had started their dark careers by black marketing movie tickets which was quite an income source back in the years between 1970 and 1985. In this five episode article we will share detail and background of few of them which will surely make you shock.
1. DAWOOD IBRAHIM 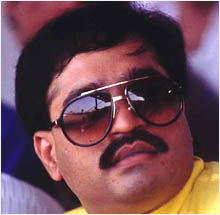 Identity : Global terrorist, net worth: $6.7 billion
The name which every Indian must have listen in his course of life. It is harsh to find someone who is not acquainted with this name. Dawood is the founder of D-Company and currently ranks at no.3 in world’s most deadly criminal list. It is also said that he have close association with al-Qaeda and knew Osama Bin Laden personally. Some believe he was living under the protection of the ISI (Inter-Services Intelligence) in Pakistan until recently when his whereabouts shifted near to the borders. This alliance between Dawood and ISI was played publicly when several high profile ISI officers attended his daughter’s marriage with the son of a Pakistani cricketer. Dawood also have several legal business at Pakistan. He is also  accused in two Mumbai blast in 1993 and 2008 . In an recent statement former captain of Indian Cricket team revealed that once Dawood met Indian cricketers at dressing room during a Pakistan match and said to beat Pakistan so deadly so that he would be happy to gift a luxurious card to every team member on that occasion of winning.
2. ABU SALEM 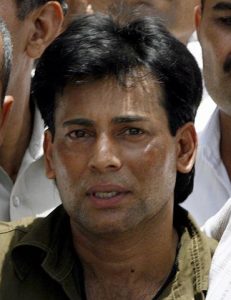 Identity :  Wanted for murdering, extorting and other nasty crimes like conning people.
Salem had a deep connection with bollywood and he was charged for supplying arms to Bollywood actor Sanjay Dutt. He is known to have extorted money from actors, invested in film production, and also have often contested in  usurping overseas rights of Bollywood films. Famous actress Manish Koirala’s personal secretary has been murdered by the gang of Salem and have also (allegedly) murdered Gulshan Kumar (founder of the T-Series music label). The next targets of Salem are also famous names like Aamir Khan, Ashutosh Gowarikar,  Rakesh Roshan have been heard. Ironically Salem is also a film fanatic and has named his two sons after some Bollywood stars.
Salem’s father was a lawyer. Salem use to work as a Taxi driver in his early life and later also worked in a garments showroom . It is also heard he also worked as a broker who deals in land and building against some comission. From there he stepped to the dark world. Soon he came into contact with the D-company boss Dawood and he appointed Salem for delivery of arms and ammunitions to various customers. Like Dawood, Salim was  actively involved in the 1993 Mumbai serial bomb blasts that killed over 250 people and injured 700 more.
3. TIGER MEMON 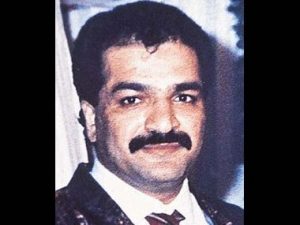 Identity : This under world master is also known as ‘Tiger’ after beating the police into a car chase at a speed of over 100 km/hr zooming across one way roads.
Like Dawood and Salim he was also involved in 1993 serial blast  of Mumbai. Memon is the prime suspect of that massive terror attack. Once the custom officers have raided hiatus house in 1989. The officers found 8 bars of gold and while they are about to seize those gold, Memon said “I’m Tiger, and you dare not remove the gold.” He then able to escape with the golds by breaking one officer’s nose with a blow of his head. This made him legendary. The popular movie ‘Black Friday’ is scripted after Menon’s activities.
To be continued…..
Information Courtesy : Desinema
Reported exclusively for lawnn by Rajiv
Story of Indian Gangster (Episode 1/5) – Crime News