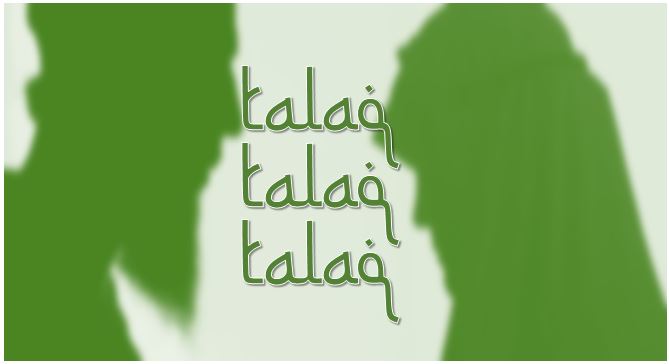 The All India Muslim Personal Law Board (AIMPLB) told the Supreme Court that pleas challenging the practices of triple talaq, ‘nikah halala’ and polygamy among Muslims were not maintainable as the issues fell outside the realm of judiciary.

The board said the validity of Mohammedan Law, founded essentially on the Holy Quran and sources based on it, cannot be tested on the particular provisions of the Constitution. It said there was a need for “judicial restraint” before going into constitutional interpretation of these unless such an exercise becomes unavoidable.

It said the issues, raised through a batch of petitions, fell within the legislative domain, and since divorce was an issue of private nature, it cannot be enforced by bringing it under the ambit of fundamental rights.

The AIMPLB claimed the petitions were “misconceived” and the challenge was based on incorrect understanding of the Muslim Personal law, contending the Constitution grants freedom to every religious section to manage its own affairs in matters of religion.

“At the outset, it is submitted that the present petitions are not maintainable as the petitioners seek to enforce fundamental rights against private parties. It is submitted that the protection guaranteed by Articles 14, 15 and 21 is intended to be available against the Legislature and the Executive and not against private individuals. It is submitted that in the present case, the petitioners are seeking judicial orders which are completely outside the purview of Article 32. Private rights cannot be enforced against individual citizens under Article 32(1),” AIMPLB said in its written submissions filed in the apex court.

While opposing the pleas on issues, including alleged gender discrimination faced by Muslim women in divorce cases, the board said the points raised in the petitions are matters of legislative policy and fall outside the sphere of the judiciary.

The board told the court that personal laws do not derive their validity on the ground that they have been passed or made by a legislature or other competent authority and the foundational sources of personal law are their respective scriptural texts.

AIMPLB said that the courts should apply the principle of judicial restraint and not deal with the issue of constitutional interpretation unless such an exercise is unavoidable.

“It is humbly submitted that this court ought not to venture into the area of changing personal laws by following the trend in several other countries. It is pertinent to note that any change or reform that comes with the backing of legislature takes due care of diverse cultural background, sensitivity and sensibility of the stakeholder community and thus in spirit adheres to both the principles i.e. the principle of democracy and principle of separation of powers.”

“It is important to note that changes in other countries, with a distinct socio-cultural and even legal background must not be applied in Indian context without appreciating the distinct nature of the Indian society as doing so shall not only destroy the democratic legislative process underlined in the Constitution of India but it shall also be great injustice to the followers of Islam in our nation,” the AIMPLB said.

It had earlier said that personal laws of a community cannot be “re-written” in the name of social reforms and contended that the contentious issue relating to Muslim practices of polygamy, triple talaq (talaq-e-bidat) and nikah halala are not matters of “legislative policy” and hence cannot be interfered with.

The apex court had earlier said it would decide issues pertaining to “legal” aspects of the practices of triple talaq, ‘nikah halala’ and polygamy among Muslims and would not deal with the question whether divorce under Muslim law needs to be supervised by courts as it falls under the legislative domain.

The apex court had taken suo motu cognizance of the question whether Muslim women faced gender discrimination in the event of divorce or due to other marriages of their husbands.