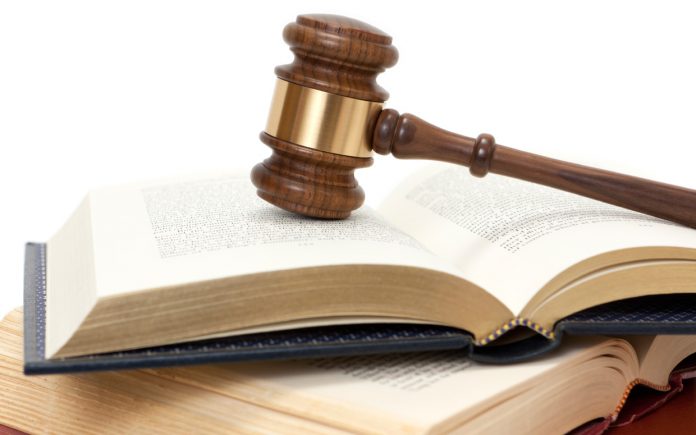 Today we are having the United India Insurance Co. LTD. Vs. M/s. Orient Treasures PVT. LTD. whose corams are J. Chelamesar and Abhay Manohar Sapre. The date of the judgement is 12 January 2016.

1) This appeal under Section 23 of the Consumer Protection Act, 1986 is filed against the order dated 19.03.2007 of the National Consumer Disputes Redressal Commission (hereinafter referred to as “the Commission”), New Delhi in Original Petition No. 375 of 1999 whereby the Commission allowed the petition filed by the respondent herein and directed the appellant- insurance company to pay a sum of Rs.36,10,211/- with interest @10% p.a. from 03.12.1995 till date of payment and also directed the insurance company to pay costs assessed at Rs.50,000/- to the respondent-Complainant herein.

2) In order to appreciate the issue involved in this appeal, which lies in a narrow compass, it is necessary to set out the relevant facts in brief infra.

4) The respondent herein is the complainant. They are engaged in the business of sale of various kinds of Jewellery. The respondent is having their jewellery shop known as “Kanchana Mahal” which is situated at Janpriya Centre No.34, Sir Thyagaraya Road, Pondy Bazar, Chennai.

5) The respondent had insured their jewellery kept in their shop with the appellant under successive “Jewellers Block Policies” with effect from 02.07.1993 onwards. The procedure followed was that the respondent was required to submit proposal form. On receipt of the proposal form, the officials of the appellant-insurance company used to inspect the shop to verify the security and storage particulars.

7) On 02.06.1995, the respondent alleged that there was a burglary in their Jewellery shop. According to the respondent, on the night of 02.06.1995, burglars broke open the locks of shutters, entered the shop and decamped with the gold and silver ornaments valued at Rs.40,63,735.53. The respondent accordingly lodged FIR at the concerned Police Station on 03.06.1995. The respondent also informed the appellant on 03.06.1995 by a telegraphic communication about this incident. By letter dated 05.06.1995, the appellant informed the respondent that a Surveyor has been appointed to assess the loss suffered by the respondent in the burglary. The surveyor then inspected the site and also examined all the relevant material, books, inventory etc. with a view to assess the actual loss alleged to have been suffered by the respondent and accordingly assessed the total loss at Rs.36,10,211/. Thereafter he submitted his report. After investigation, the police also submitted a final investigation report on 24.06.1995 treating the case as untraceable.

8) The respondent then submitted their claim with the appellant on the basis of the Insurance Policy and claimed that they are entitled to receive the value of Jewellery which they lost in burglary committed in their shop on 02.06.1995. On 19.01.1998, the Divisional Manager of the Insurance Company, Tuticorin after examining the respondent’s claim for loss of their Jewellery repudiated the claim inter alia on the ground that the stolen gold ornaments and silver articles were found to had been kept on display window and in the sales counters at the time of burglary which took place in the night of 02.06.1995, which according to appellant, was contrary to the terms of the policy and, therefore, not covered in the policy. In other words, such items were not insured. It was further stated that the policy was issued subject to the terms, conditions, warranties and exclusion printed in the proposal form which was a part of policy. The appellant relied on clause 12 of the policy and stated that since the burglary in the shop took place during night and stolen articles kept in window display and lying out of safe in the shop were stolen, the appellant could not be made liable to indemnify such loss which, according to them, was not insured and specifically excluded from the insurance policy.

9) Being aggrieved by the decision of the appellant-Insurance Company, the Respondent sent letters and reminders pointing out therein the terms of the proposal form and policy and insisted that the loss was fully covered by the policy and hence they were entitled to claim the value of the lost articles from the appellant on the basis of Insurance Policy. As nothing was done, the respondent filed a complaint before the National Consumer Disputes Redressal Commission, New Delhi (hereinafter referred to as “the Commission”) being Original Petition No. 375 of 1999 claiming a sum of Rs.1,32,06,786.30.

11) Aggrieved by the said order, the appellant-Insurance Company has filed this appeal.

14) Shri P.P.Malhotra, learned senior counsel appearing for the appellant while assailing the legality and correctness of the impugned order mainly urged two points in support of his submissions.

15) In the first place, learned senior counsel urged that the Commission erred in partly allowing the complaint filed by the respondent herein by passing the impugned award against the appellant. According to learned counsel, had the Commission properly interpreted clauses 4 and 5 of the proposal form, which was part of the policy along with clause 12 of the policy then in such event, the respondent’s complaint was liable to be dismissed in its entirety.

16) Elaborating the aforementioned submission, learned counsel pointed out that the plain reading of clauses 4 and 5 (b) with their note and clause 12 of the policy clearly show that the respondent’s claim was excluded from the policy issued by the appellant because it was in relation to the items which were kept in display window and out of safe at the time of burglary.

17) In other words, the submission was that the respondent’s claim was not covered under the policy and was expressly excluded by virtue of clauses 4 and 5(b) read with clause 12 of the policy because firstly, the burglary in the shop took place in night hours and secondly, the stolen articles were kept in display window and outside the safe.

18) Learned counsel, therefore, urged that due to these two admitted facts, the note appended to clauses 4 and 5 read with clause 12 was attracted rendering the respondent’s complaint as not maintainable.

19) Learned counsel further pointed out that the respondent despite knowing these clauses of the proposal form/policy instead of seeking any clarification regarding meaning of the clauses paid the premium pursuant thereto the appellant issued the Insurance policy on the terms and conditions set out therein which are binding on both parties while adjudicating their rights against each other arising out of the policy.

20) Learned counsel, in the second place, submitted that the language of clauses 4, 5 and 12 being plain, clear and unambiguous conveying only one meaning, the appellant had every right to rely upon these clauses while opposing the respondent’s complaint on merits.

21) Learned counsel, therefore, submitted that in the light of these facts, the respondent had no right to file a complaint against the appellant seeking monetary compensation for the loss alleged to have been suffered by them arising out of burglary of their articles stolen from their shop. Such claim, according to learned counsel, was barred by virtue of clauses 4, 5 and 12 of the policy and was therefore, liable to be dismissed as being untenable.

23) In reply, Mr. H. Ahmadi, learned senior counsel appearing for the respondent while supporting the impugned order contended that the issue involved in this case needs to be decided in the light of the principle underlined in the rule known as “contra proferentem rule”. According to learned counsel, there is an ambiguity in the language/words of clauses 4 and 5 of the proposal form and since the ambiguity noticed created some confusion as to what these clauses actually provide and expect the respondent to comply at the time of filling the proposal form for obtaining the insurance policy, this Court should interpret the clauses by applying the principle underlined in the aforesaid rule in such a way that its benefit would go to the respondent rather than to the appellant. It was also his submission that the appellant being the author of the proposal and policy are not entitled to claim the benefit of the clauses of proposal form/policy in their favour thereby defeating the rights of the respondent which they have got under the policy to enforce against the appellant for claiming the compensation.

28) The question which arises for consideration in this appeal is whether the Commission was justified in allowing the complaint filed by the respondent against the appellant-Insurance Company in part and was, therefore, justified in awarding a sum of Rs.36,10,211/- to the respondent.

29) In order to answer the aforementioned question, clauses 4, 5 of the proposal form and clause 12 of the policy need mention infra.

30) Before we examine the issue involved in the case, it is necessary to take note of the law laid down on the subject by the Constitution Bench of this Court in General Assurance Society Ltd. vs. Chandumull Jain & Anr., AIR 1966 SC 1644. 31) The Constitution Bench in this case has explained the true nature of contract relating to Insurance and laid down the relevant factors which the courts should keep in mind while interpreting the contract of insurance. 32) Justice Hidayatullah, J. (as His Lordship then was) speaking for the Bench in his distinctive style of writing held in Para 11 as under: