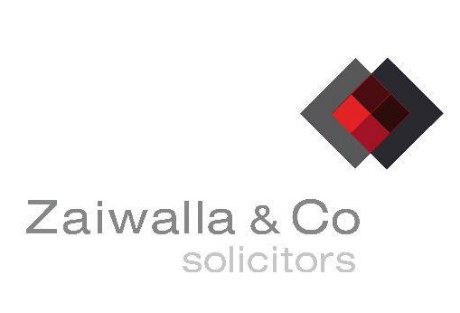 April 2019, London: Zaiwalla & Co LLP, the international awarding wining boutique law firm specialising in commercial litigation and arbitration, has announced the launch of a Specialist Brexit Advisory Desk to advise and represent Indian and international firms headquartered in the UK for EU operations. With increasing complications arising out of the UK’s withdrawal process from the European Union, the Brexit desk will assist individuals and organisations navigate the complex multi-jurisdictions likely to emerge during and after Britain’s exit from the European bloc.

With Brexit uncertainty continuing to prevail with no indication of consensus in the UK parliament currently for the government’s negotiated deal with the EU, businesses around the UK, Europe and internationally are bracing for chaos of a no-deal ‘hard’ Brexit.

Indian and other international companies based in the UK still benefit from a number of laws and legislations in place due to the UK’s current ties with the EU. This includes access to the single and financial markets which bring about the benefits of frictionless free movement between countries, free trade, access to EU government contracts and lower administration costs.

However, depending on the final outcome, many businesses will be faced with a period of uncertainty as the UK’s withdrawal from the EU will mean that these benefits will likely be lost. This also includes companies having to deal with two separate jurisdictions, as it will be split between the UK and the rest of Europe. This is expected to cause confusion, concern, increased costs and company restructuring as the county loses its major trading partners.

Speaking about the impact of Brexit on companies, Pavani Reddy, the Managing Partner of Zaiwalla & Co LLP said: “Many companies, including several Indian entities, have their European headquarters in the UK as the English speaking country is sought after for its solid financial regulatory systems, stable governance and impartial judicial system, while acting as the gateway to Europe through its membership to the EU single market. Therefore, any Brexit scenario involves an immediate change in regulations, jurisdictions and legislations which will affect EU facing businesses operating in the UK.”

With the Brexit Advisory desk, Zaiwalla & Co. hopes to reaffirm its position as the go-to legal firm for Indian and International companies. The launch is a reflection of the growing uncertainty surrounding Brexit and the potential implications that many could face in relation to laws, legislation and market access.

Speaking about the launch of the Brexit desk, Ms Pavani Reddy added: “I am delighted to announce that Zaiwalla & Co. LLP has set up a specialist Brexit desk to service, advice, and represent clients from across the globe that have headquarters in the UK and also do business within the EU bloc.  As companies begin to make their contingency plans for Brexit, it is important that there is a support network in place to help with what is proving to be a period of uncertainty. Rising costs and issues surrounding administration, employment and other factors have undoubtedly led to many businesses being concerned about the future. With this in mind, we anticipate a spike in Brexit advisory work, and are focused on ensuring that we meet our clients every need as and when it comes into effect. Although this will be one of the most challenging periods in recent memory, over the past three decades, Zaiwalla & Co. has positioned itself as an industry front runner and by preparing for such an event emphasises its position a leader in the field in which many can go to get the reassurance and advice they need.”

The Brexit desk offers a specialist and focused legal counsel for clients seeking advice on international arbitration and litigation. Although this will be a challenging period for all parties, Zaiwalla & Co is confident that it provides the right platform for those who are concerned about Brexit and what it means for their business going forward.

Having started off as the Indian High Commission’s appointed lawyers in the 80s, the firm won the first UK Supreme Court case for India called ‘La Pintada’ which arose out of the many shipping disputes surrounding India’s rice shortages at the time. Over the last 37 years Zaiwalla & Co has represented several prominent Indian clients including the Government of India in over 100 arbitration cases, the Gandhi family, the Bachchan family, Indian Oil Corporation, ITC Limited, Air India (UK), GMR and PEC Limited.

What Is The Newly Signed Abortion Law Of Texas All About?