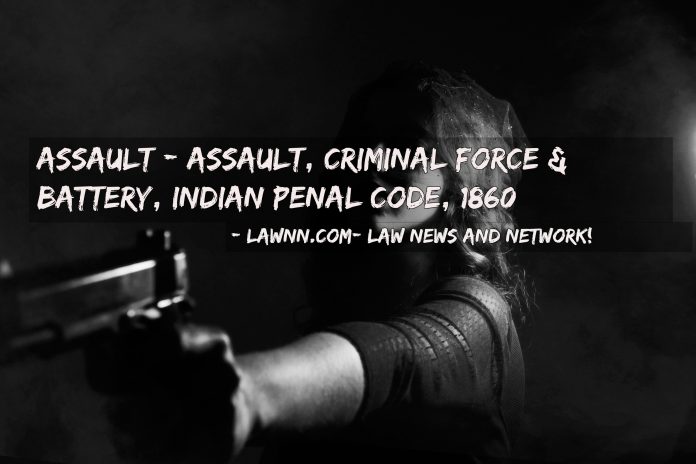 Assault is an integral part of any criminal activity. Assault is the basis for an act to be considered as criminal.

Many times it happens that assault is misinterpreted or misunderstood leading to confusion. Thereafter it becomes difficult to comprehend exactly what act committed was. So, It’s important to clearly know its meaning to avoid confusion.

The act of assault clearly tells us the legality of the act and also the mindset of the person who is harming and having wrong intentions.

Example If A attacks B with a weapon by standing in front of him then A has committed assault. But if A attacks B  with the weapon from his back, then it does not suffice to prove assault as the person being attacked wasn’t aware of the attack.

When proving assault, the aspect of reasonableness is also very important.

Unless there is no reasonableness of the action, it is difficult to prove assault.

The essence of the offense lies in the effect that is created in the mind of the person who has or going is to get hurt.

DIFFERENCE BETWEEN ASSAULT AND CRIMINAL FORCE

Assault is an act that is less than the use of criminal force.

In an assault, the force is actually cut short before the victim gets hurt. It basically consists of an attempt by a person who is having the capacity to use force and cause hurt or violence to the other person.

In criminal force, the assault has already taken place and the force is actually used on the person.

In an assault, the person who is going to harm has enough means and ability to carry forward his threat and also should create an apprehension in the mind of another person that he is going to be harmed and that person is about to use criminal force but actually has not used it yet.

PUNISHMENT  FOR ASSAULT  (Section 352 of IPC)

When a person commits assault on another person other than on grave and sudden provocation given by that person, he shall be punished with imprisonment which may extend to 3 months or fine extending to 500 rupees or both. This is the punishment of assault when there are no aggravating circumstances.

Grave and sudden provocation causing assault will not lead to punishment under this section.

The punishment also depends upon what were the conditions under which the assault had taken place and what are its consequences and the condition of the victim after the commission of the offense.

Difference between Battery and Assault

In law of Tort the difference between battery and assault is stated:

Battery basically means an intentional application of force to another person with an unlawful intent. The major 2 essentials of a battery are:-

The Madras High court Held that for an undertrial prisoner if he is put on handcuffs or chained like a dangerous animal with a neighboring window in the hospital during his treatment is an unjustifiable way of use of force and the concerned police officer will be responsible for the commission of the act.

In this case, it was held that if a naked electric wire is fixed without giving any warning, across the passage of a latrine to keep the trespassers away from the latrine, which can cause the death of a trespasser, it would be punishable.

Both the plaintiff and defendant sat at the same table. They were in a meeting and a discussion was going on which took an ugly turn, The defendant held the chairman’s hand and clenched his fist saying that he would pull the chairman and throw him out of the room. He was held liable to assault.

In this case, it was held that causing of hurt doesn’t necessarily become an Assault. Threating a person also becomes an Assault.

It was held that a medical examination of a woman without her consent leads to the committing of Assault.

Assault is basically an apprehension that a person has that he is going to get hurt, and the other person causing such apprehension in the mind of other can be held liable for assault. The apprehension of the person is a very important factor in an Assault.