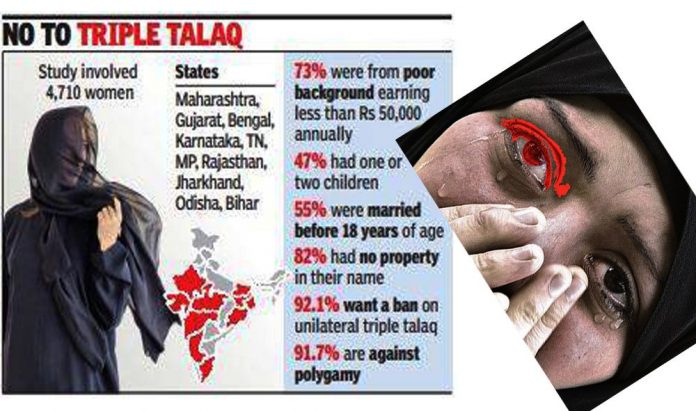 The Centre has shown opposition to the Triple Talaq system practised in Muslim religion describing “it does not fit in a secular country like India” to the Supreme Court.

The Constitution allows the Muslims in India to regulate matters like marriage, divorce and inheritance by their own civil code.

The Supreme court is checking that to what extent it can interfere in Muslim laws regulating issues related to family as it has received a plea to end the practice which allows Muslim men to divorce their wives by saying “Talaq” three times.

The Apex court invited suggestions from the centre whether intervening in the law would violate the fundamental rights of Muslims. The Centre said, “gender equality and the dignity of women cannot be compromised” and told judges, “even theocratic states have undergone changes in this context” which states that these practices cannot be treated as integrated part of Islam.

Change in this area of the law has been demanded since long by the Women’s rights activists which according to them discriminates against women. They instead want that there should be a uniform law which criminalizes against polygamy, unilateral divorce and child marriage. 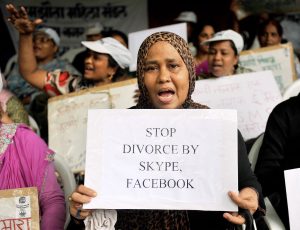 Campaigners says that the “triple talaq” system is unconstitutional because it violates the “right to equality.”

According to the All India Muslim Personal Law Board, the court cannot interfere in the religious freedom of minorities.

The plea which is being considered by the Supreme Court demands an end to not just the “triple talaq” system, but also “polygamy” and “halala” (which means that after a divorce if a woman wants to go back to her husband, she must first consummate her marriage with another man).

Zakia Soman, co-founder of Bharatiya Muslim Mahila Andolan (BMMA) said, “The triple talaq system is not valid as per the Koran, which emphasizes on mediation and reconciliation before the decision to divorce is taken.” Zakia is also a co-petitioner in the petition.

In a judgement in 1985, Shah Bano, a divorcee was granted alimony for life by the Supreme Court. But due to the protests from Muslim leaders that the decision by the Apex Court is intrusive, the decision was reversed.