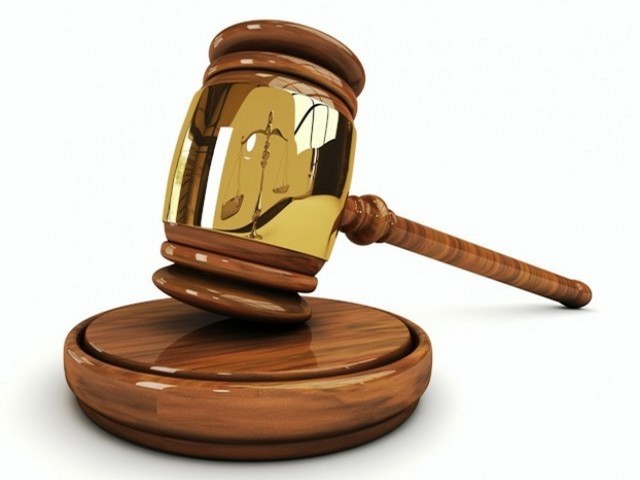 The latest judgement is Satyendra Kumar & ORS Vs. Raj Nath Dubey & ORS whose corams are Dipak Misra and Shiva Kirti Singh. The date of the judgement is 6 May 2016.

The appellants were successful before all the Consolidation Authorities, the Consolidation Officer, Settlement Officer Consolidation and Deputy Director of Consolidation whose orders passed in title proceedings, under U.P. Consolidation of Holdings Act, 1953 (hereinafter referred to as “the Act”) were challenged by the non-official respondents/writ petitioners by preferring Writ B No. 46506 of 2013 and the same has been allowed by the judgment and order under appeal dated 8.11.2013 passed by a learned Single Judge of the High Court of Judicature at Allahabad. High Court has, at the outset recorded in the judgment that there is no factual controversy in the writ proceedings and on that account the respondents chose not to file counter affidavit. With the consent of the parties the arguments were heard at the admission stage leading to final adjudication and remand which is under challenge. The relevant facts necessary for understanding the subject matter of the dispute between the parties including the main issue, of res judicata are clear from the facts noted by the High Court in paragraph 3 and 4 of the impugned judgment. They are as follows: “3. The dispute relates to the land of khatas 1, 3, 4 and 5 of village Sarai Aziz, talluka Harikishun, tahsil Phoolpur, district Allahabad, which were recorded in the names of the respondents, in basic consolidation record. The consolidation was started in the year 2000, in the village. Raj Nath Dubey (petitioner-1) filed an objection (registered as Case No. 18/19) for recording his name over 1/2 share of the disputed land, along with the respondents. It has been stated by the petitioner that the land in dispute was the property of Kishun, who had five sons namely, Bechai, Kanhai, Bindra, Pancham and Sheetal. Bindra, Pancham and Sheetal died issueless and the properties of Kishun was inherited by Bechai and Kanhai alone. The respondents are sons/grandsons of Bechai and the petitioners are sons of Kanhai as such they have 1/2 share in the land in dispute. Assistant Consolidation Officer, by order dated 22.02.2001, referred the dispute to the Consolidation Officer for decision on merits. Later on, Amar Nath Dubey (petitioner-2) filed an application dated 03.03.2001, alleging therein that his father Kanhai had three sons namely Jagannath, Amar Nath and Raj Nath, who jointly inherited Kanhai. He had also filed an objection in respect of the disputed land, before Assistant Consolidation Officer but the same was misplaced as such he may be impleaded as an objector in the objection of Raj Nath Dubey. The impleadment application moved by Amar Nath Dubey was allowed.

4. The respondents contested the objection on the grounds that Kanhai son of Kishun was unmarried and died issueless. His share in the land in dispute was inherited by them, who are sons/grand sons of Bechai, his brother. The petitioners were not the sons of Kanhai. They earlier filed an objection during consolidation, in respect of the land of village Chak Nuruddinpur alias Nagdilpur, pargana Sikandara, district Allahabad, in which it has been held that Jagannath, Amar Nath and Raj Nath were born to Smt. Ram Pyari due to her illegitimate relations with Kanhai and they being illegitimate sons, not entitled to inherit Kanhai. It was also held that the respondents were the heirs of Kanhai. The judgments of consolidation authorities in the previous proceedings operate as res-judicata between the parties and the objection of the petitioners was liable to be dismissed on this ground alone. On the basis of the pleadings of the parties, the Consolidation Officer, framed issues on 30.04.2005. Issue No. 3 was framed as to Whether the objection of the petitioners, claiming share of Kanhai, alleging themselves as his sons, is barred by res-judicata?”

Following the aforesaid view of this Court, the High Court held that same view has been followed in the case of Isabella Johnson v. M.A. Susai[5], Union of India v. Pramod Gupta[6] and Bishwanath Prasad Singh v. Rajendra Prasad[7]. The judgments cited on behalf of appellants including one in Kalinga Mining Corporation (supra) were distinguished by holding that they were not an authority for the proposition that a past judgment between the parties in respect of another subject matter/property, even if erroneous in law will operate as res judicata in a subsequent suit based upon different cause of action for a different property. The High Court finally held that findings in the previous judgments that Jagannath, Amar Nath and Raj Nath were born to Smt. Ram Pyari widow of Ram Nath out of her illegitimate relations with Kanhai are findings relating to facts and would thus operate as res judicata. However the finding that illegitimate children of Ram Pyari and Kanhai are not entitled to inherit Kanhai being findings on issues of law, as held by High Court, would not operate as res judicata in the subsequent proceedings in respect of other properties. The High Court accordingly modified the orders passed by the Consolidation Authorities and directed the Consolidation Officer to conclude the trial of other issues and pass final order after allowing the parties to lead their evidence. Learned Senior Counsel appearing for the appellants has submitted that concurrent findings of Consolidation Authorities should not have been interfered with by the High Court and that the High Court has erred in holding that the previous judgments though in respect of another property would not operate as res judicata in respect of pure question of law in a subsequent proceeding between the same parties. Appellants have also filed written notes in support of their submissions and have relied upon following judgments: (1) Mohanlal Goenka v. Benoy Kishna Mukherjee[8] and particularly on the following passage in paragraph 23: “23. There is ample authority for the proposition that even an erroneous decision on a question of law operates as ‘res judicata’ between the parties to it. The correctness or otherwise of a judicial decision has no bearing upon the question whether or not it operates as ‘res judicata.”

(2) State of West Bengal v. Hemant Kumar Bhattacharjee[9] and particularly on the following extract from paragraph 14: “14. ………A wrong decision by a court having jurisdiction is as much binding between the parties as a right one and may be superseded only by appeals to higher tribunals or other procedure like review which the law provides.”