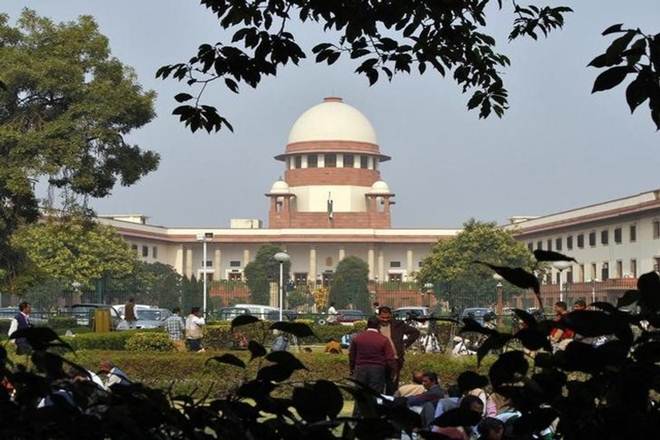 “We allow the petitioners to express the grievances raised in the petition to secretary of Ministry of Health and Family Welfare,” the bench also comprising Justices D Y Chandrachud and S K Kaul said.

Terming as “sensitive” the issue of right to have a ‘living will’ to refuse life support in the last days of an ailing person, the Supreme Court today said the issue should be decided by the government. The apex court declined to give any direction on the issue and said it was for the government to take a call, as it asked a group of four persons, including a Mumbai-based lawyer and three senior doctors to make a representation in this regard. A bench headed by Chief Justice J S Khehar also said the petitioners should make a representation to the Secretary of the Ministry of Health and Family Welfare on the matter. “Keeping in view the sensitivity and importance of the matter, we allow the petitioners to express the grievances raised in the petition to secretary of Ministry of Health and Family Welfare,” the bench also comprising Justices D Y Chandrachud and S K Kaul said.

The court, which disposed of the petition, clarified that the petitioners would have the liberty to take appropriate action in accordance with law irrespective of the government’s response — whether affirmitive or negative. The court also said that various issues arose as a person who is incapacitated cannot take a call on his own treatment and added that it was a legislative policy matter. However, senior advocate Sanjay Hegde along with advocate Nitin Mishra appearing for the group said the petition does not seek to raise issue of euthanasia or positive assistance to bring an end to life in certain circumstances, but focuses on a different issue of whether a person has a right to refuse treatment under Article 21 of the Constitution (right to life).

Also Watch:
Hegde said the plea sought to raise questions of far- reaching constitutional importance impinging upon the right of an individual to refuse medical treatment and it was not a case where a person is incapacitated. The senior advocate also referred to the landmark apex court judgement in Vishaka case in which, in absence of the legislation, guidelines were laid down to deal with the issue of sexual harrassment against women at work place. The petitioners included Mumbai-based lawyer and social activist Girish Trimbak Gokhale, pulmonologist and intensive care physican Raj Kumar Mani, palliative care physcian Srinagesh Simha and senior neurologist Roopkumar Dayaram Gurshani.

They sought direction to declare that any person has a right to make decisions to choose or even refuse any kind of medical treatment, which cannot be curtailed by any health care provider. It also sought direction for framing of guidelines which shall be enforced by all health care providers until the parliament passes an appropriate bill to address the issue. The petitioners in their plea said that last year they had sent some suggestions and comments on the issue for inclusion in a draft bill but till date they have not got any response. “The Petitioners state that the sociological dimensions of this issue had been raised in different jurisdictions and have also been raised within India and are broadly considered under the heads of Palliative Care, Advance Care Directives including Living Wills and Medical Power of Attorney, Death by Neurological Criteria and Resolution of Medical Futility,” the petition said.

“The present petition is limited to the right of a patient who does not seek to receive and obtain any kind of medical treatment,” it said. The apex court had on October 21, 2016 dismissed a petition filed by these petitioners saying it does not see any reason to interfere in the matter when Parliament was seized of the matter. “The right to life under Article 21 of the Constitution entails the right to regulate treatment and the right to refuse life-sustaining artificial treatment,” it said adding that the right also includes the right to make a conscious decision not to initiate or escalate any of the on-going life-sustaining treatments, in order to defend oneself from possibly unwanted negative consequences of life-prolonging medical technology.

“The Petitioners say and submit that the demand of enacting the law relating to End of Life Care is not only a fundamental in nature but in consonance with International Human Rights, to which India is a signatory and the same is a part and parcel of the basic features of the Constitution,” it said.